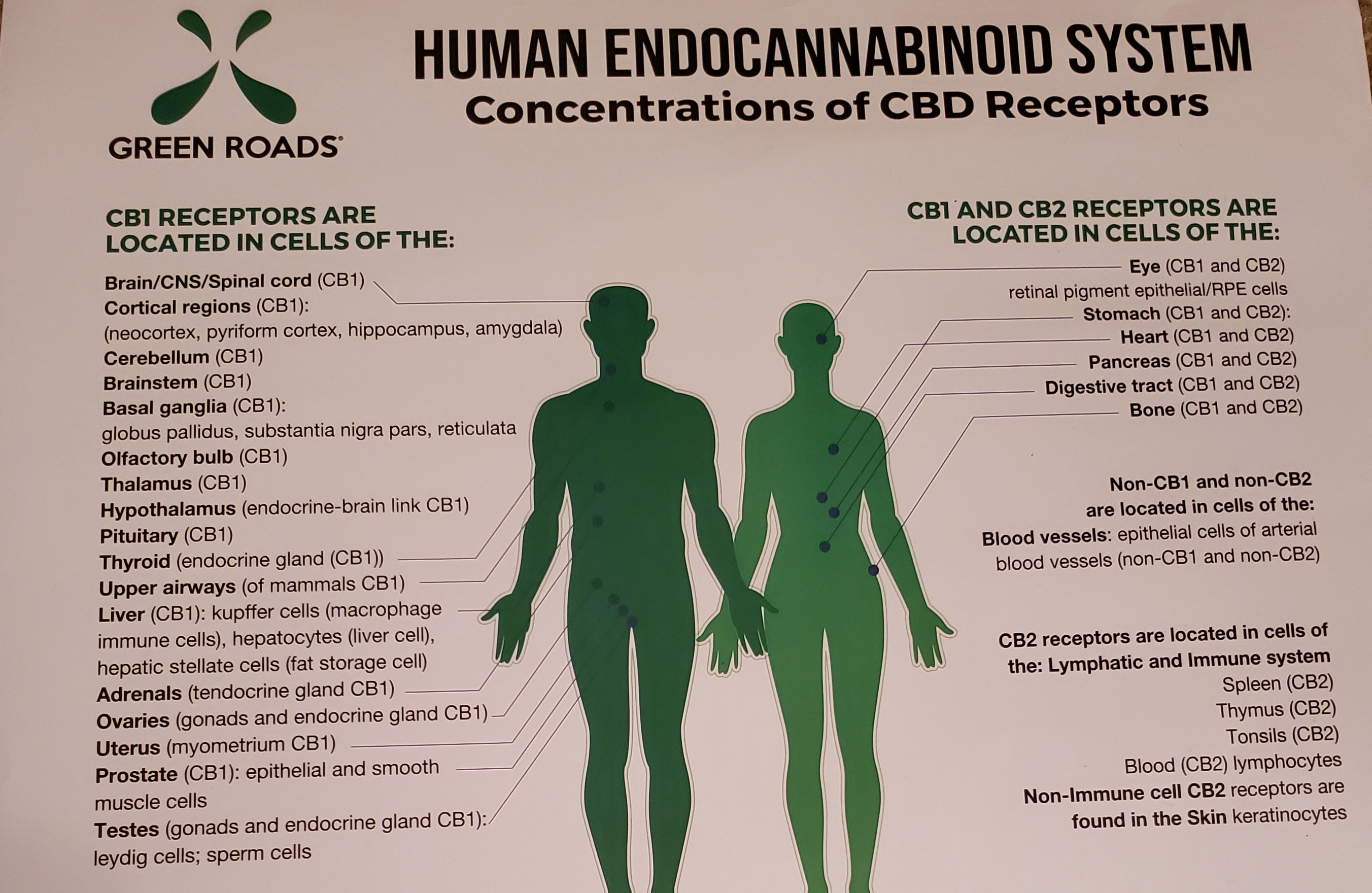 The Endocannabinoid system (ECS) was discovered when scientists were studying the effects of cannabis on our body. Let’s break down the word to better understand what it means. Cannabinoid comes from the word cannabis and endo is short for endogenous, which means produced inside your body naturally. Exogenous cannabinoids are external compounds that enter your body like CBD and THC. The ECS controls your body’s mood, psychology, appetite, motor defects, and cognitive impairment. Below you will find an explanation of the 3 components of the ECS; endocannabinoids, enzymes, and receptors.

Receptors connect with your entire body, CB1 and CB2 are just two of the major receptors that have been studied. Most of the CB1 receptors are in your brain, including central nervous system through the body’s spine. THC attaches to the CB1 receptors. CB2 is found mostly outside the brain like immune system and digestive system.

The two major endocannabinoid molecules are anandamide and 2-AG. These are produced naturally in the body and activate the CB1 and CB2 receptors.

Anandamide is often referred to as the “bliss molecule”. According to Leafly, “Our bodies create anandamide on-demand, to be used when needed to maintain homeostasis. Anandamide does this by helping to regulate inflammation and neuron signaling. As it is created, it binds primarily with our cannabinoid receptors CB1 and CB2 just as a cannabinoids such as THC would upon ingestion. Anandamide’s molecular fragility lends itself to be broken down quite easily. It doesn’t stick around in the body for long.”

2-AG is mostly found in the central nervous system. Theses cannabinoids produced naturally in our body work with the immune system, pain, and appetite.

The enzymes break down the cannabinoids after they are used. The main enzymes are FAAH and MAGL.

There is only one goal of the ECS, which is homeostasis. The ECS is like a key and lock system. Uniquely, when the cannabinoids link with the endocannabinoids they lock together and become balanced. As time progresses, we will learn more about the ECS as well as cannabinoids.

Furthermore, bringing your body back to homeostasis is the goal, but it can be a trial and error experience to get it right for you. As you start your journey with cannabinoids, keep in mind everyone’s body is different and will experience effects differently with different brands. If you have questions about CBD or cannabis please reach out to us Emeraldcannabliss@gmail.com.

2 thoughts on “The Endocannabinoid System – What is it?”